This memory stick with the CERN logo printed on both sides contains few movies and 3D animations to discover CERN. 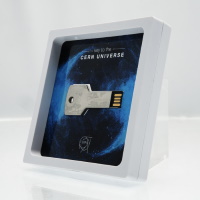 Including 10 short clips about CERN.

Mysteries of the quantum universe ...