This small reflective tag shows the magnetic field lines in a side and the CERN logo in the other, it can be attached to your clothes or bags to make you clearly visible and safer on the streets in winter or at night. 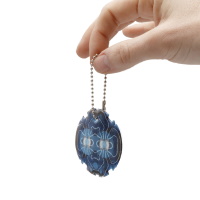 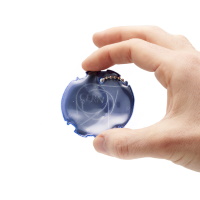