Despite being the largest machine ever built, the Large Hadron Collider(LHC) accelerates an extremely small amount of protons.

Protons accelerated in the LHC are nuclei of hydrogen atoms, taken from a bottle of hydrogen gas.
Electrons are stripped off the atoms, leaving only protons that are accelerated through the accelerators complex, reaching the LHC at the end.

The two beams of the LHC contain about 6·1014 protons. That seems to be a lot but, in total, they weigh about 5 nanograms (5 billionths of a gram)!
In fact, a hydrogen bottle of this size contains enough protons to feed the LHC for 200,000 years of continuous operation! 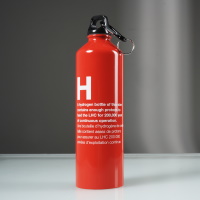 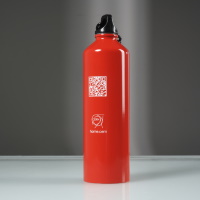